A few questions…
1) How do you parents and siblings react to Hannah?
2) What were your sources and how did you manage being Hannah growing up?
3) Why did you change your last name from Gotta to McKnight?

My mom has only met Hannah once… and it was a little weird for both of us. I had hoped it would have been an opportunity for her to get to know me better, but it wasn’t met to be. I had hope for a long time that things could change, but I think that ship has sailed.

My sisters only met Hannah once or twice. My mom and sisters are wonderful, accepting people, but again, I think it’s a little weird for them. I don’t press it.

I didn’t identify as transgender until I as in my early 30’s. I didn’t see myself as bi-gender until around that same time. Thus, Hannah wasn’t around when I was growing up. If that makes sense… and I bet it does to a lot of you.

My femme last name wasn’t ever really ‘Gotta’. When I started posting online I needed a name of course, and I came up with “Hannah Gotta” as it rhymed with “onnagata” the Japanese word for male actors who play women’s roles in Japanese Kabuki theatre. Onnagata sort of rhymes with Hannah Gotta, so that’s the name I used when I was online. I think I was trying to be clever and I never meant for “gotta” to be a last name. Eventually I decided I needed a proper last name and I decided on McKnight.

One thought on “Ask Hannah!” 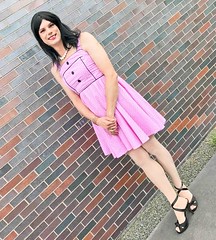 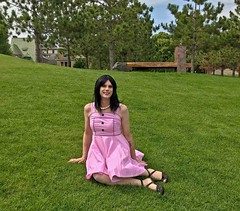 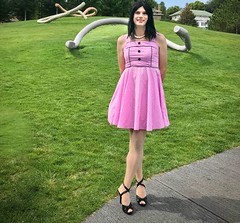