Do you cover your rather distinctive forearm tattoo in public since you have stated before you think about the possibility of running into someone from work when out en femme?

I tried to cover it but it wasn’t really practical. I have a foundation that is designed to cover tattoos but it wasn’t really meant for everyday use. If I brushed my arm against my body it would smudge not only the foundation but also get on my outfit. I also used to attempt to Photoshop it out but my digital art skills aren’t very impressive so I stopped doing that as well.

If anything I will position my arm in photos so it’s not as visible.

I do these things, or used to do them for the reason you stated, to be less recognizable in either gender presentation. But I stopped when I realized two things:

I rarely, if ever, post photos of myself in male mode online. I don’t think there are many pictures of HIM where you can see my tattoo. In real life I don’t think most people in HIS life know that I have it. When my co-workers see me it’s because I am at work and I am wearing a long sleeve shirt which covers my tattoo. At this point I should be more concerned that my tattoo is more synonymous with HER than with HIM, if that makes sense.

Secondly, if anyone from his life sees Hannah, whether in photos or when I am out en femme, I don’t think it’s my tattoo that will “give me away”. If people from his life see Hannah and realize that SHE is HE, I would more than likely be recognized from my face or something along those lines.

I am less concerned about being “caught”, for lack of a better word. I have been venturing out en femme and posting photos (a LOT of photos) for around ten years now and yes, it’s possible I could still be outed in the future but I take comfort in knowing that it hasn’t happened so far which makes me think (and hope) it’s unlikely it will. HIS life, his social circle, his leaving the house is very, very different than Hannah’s so I think (perhaps naively so) that the risk is pretty minimal.

And on a related note, there are always people in my life that I would prefer them not to know about who I am. I am not casual or careless about my identities. Yes, my website and allll the photos seem to contradict my feeling that I am indeed cautious, but I doubt someone will… stumble (if you will) across my website unless they are specifically looking for transgender/crossdresser related content. If one of his friends found a photo of Hannah and asked me about it, it would, in a sense, “out” them just as much as it would “out” me.

That being said, I do wonder if anyone from his life does indeed know about Hannah but are reluctant to mention it to me for that very reason. 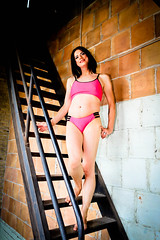 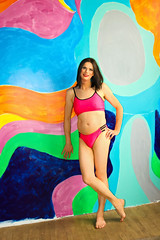